A reminder to our new students and parents of our school day schedule:

School starts promptly at 8:30am.

Classes finish at 3:40pm on Monday and Wednesday and at 2:30pm on Tuesday, Thursday and Friday.

Extra-curricular activities take place at lunchtime and from 2:30-3:30pm on Tuesdays and Thursdays. These activities will begin over the next few weeks.

From August 15th please direct all correspondence to our new address:

Issue 3 shows great development in the journalistic skills of our press team. Climate issues dominate in the latest edition with a very interesting article by Eliott Greene on this theme in the music of Jeff Lynne and Queen.

As always the newspaper features some original artwork by our talented students.

The Sandymount Park Press Issue 3Download
A fantastic day was had at the GPO this Wednesday May 8th. Josh Kenny, a first year student in Sandymount Park Educate Together Secondary School, was the overall national winner in the Junior category of ‘An Scéal Eile’, a creative writing competition in it’s 35th year organised by An Post and the INTO. A speech was given by the head of the INTO and the head of An Post to the winning students, where the importance of story telling was emphasized. David McRedmond, head of An Post, remarked that the most common degree held by CEO’s was History and English because a key element of success was the ability to communicate and tell a story. Josh certainly has this skill as it was revealed that his winning story was picked among 30,000 entries!
Josh’s story, told through the eyes of Daisy the dog in the novel ‘Wonder’ inspired established children’s author Dave Rudden to write a personal letter to Josh detailing the reasons that he found the story so touching. A reading of Rudden’s award winning book ‘Knights of the Borrowed Dark’ was given to the winners, along with their English teacher and parents, and a signed copy of his book was gifted to each student.
Josh was the overall national winner of the Junior Cycle entries which carried the fantastic award of €500 towards Sandymount Park Educate Together Secondary School and a lovely framed plaque which is displayed proudly in the school.
Congratulations Josh, you have done the school proud! 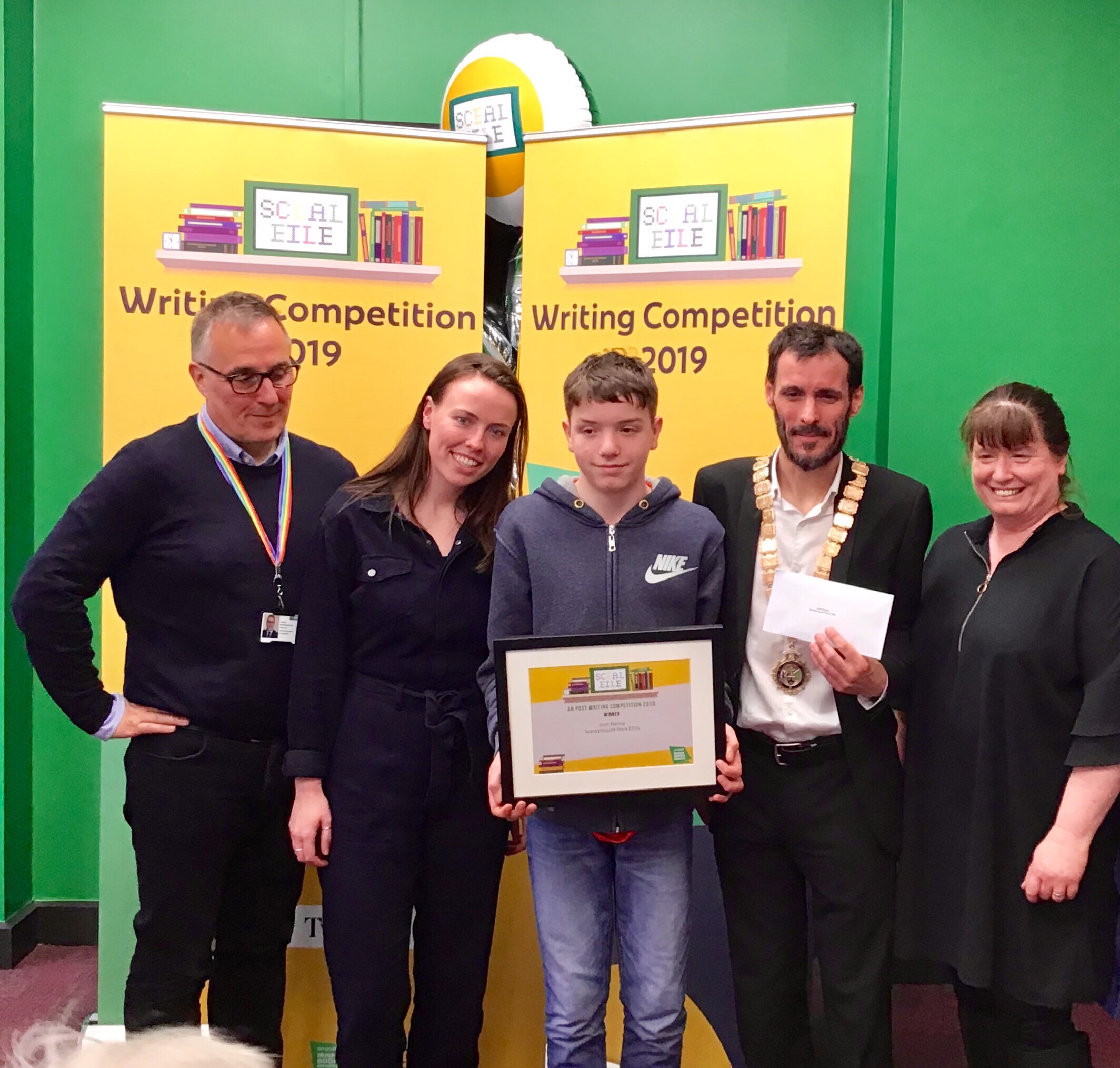